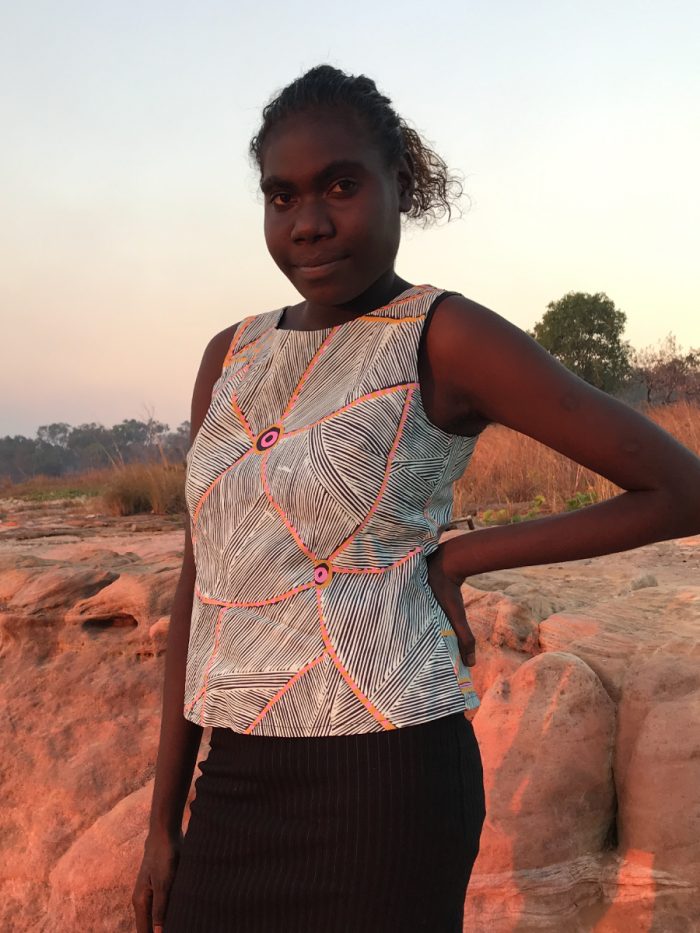 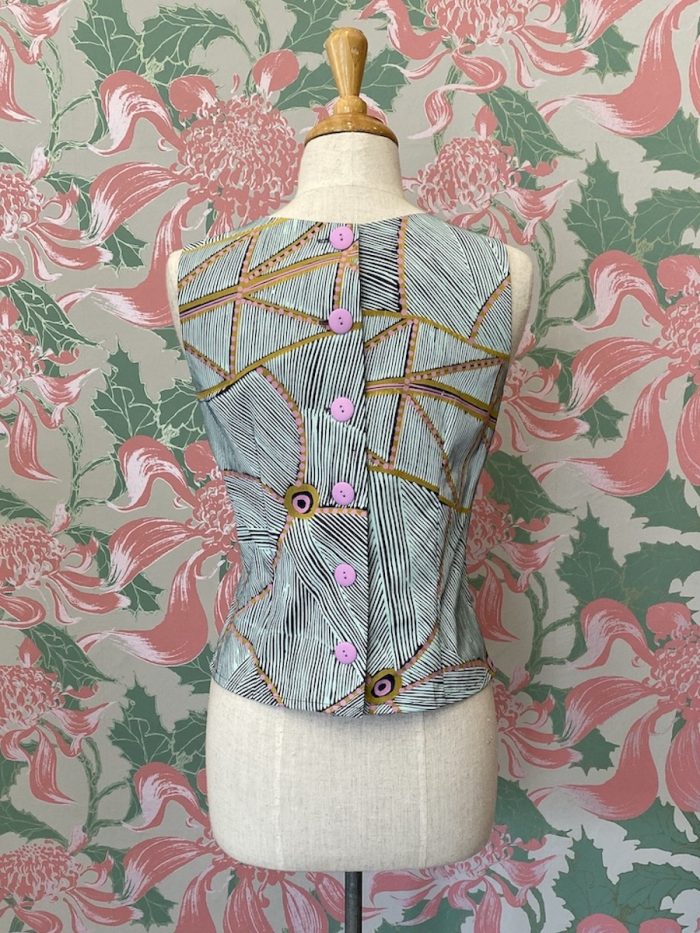 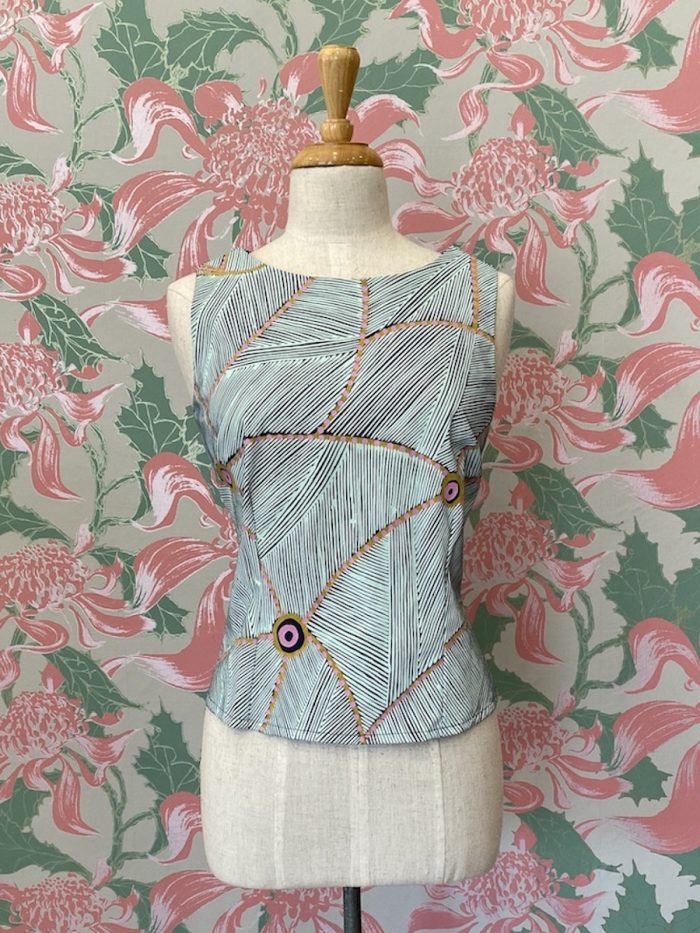 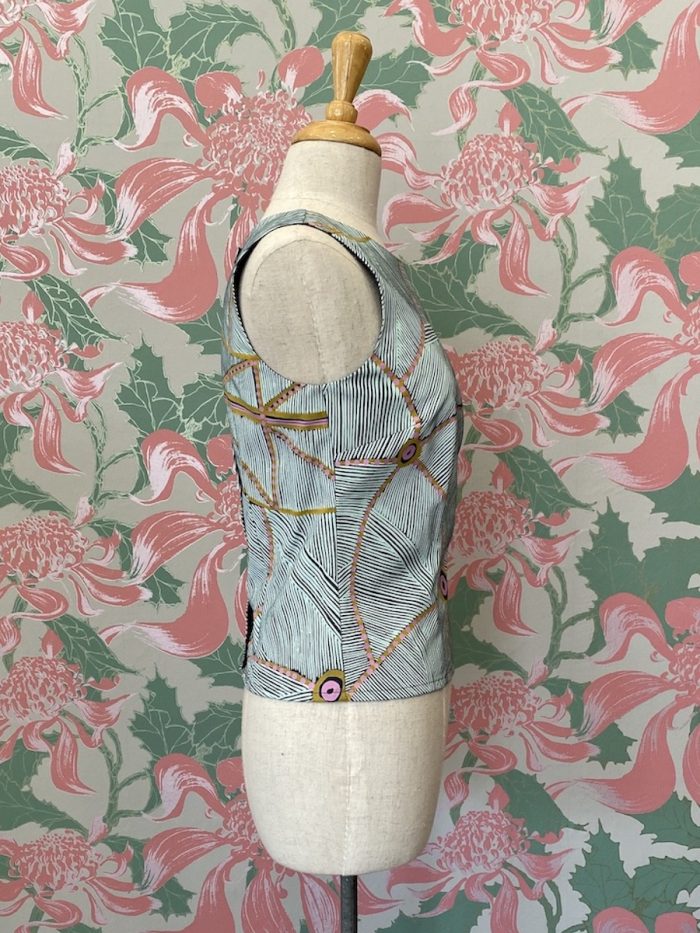 
This fitted and flattering top features a boat neck and sweet button down back details. Perfect with a pencil skirt or fitted black jacket for a perfect office look or pair with jeans for more casual look.

Hand printed in our studio in Leichhardt as a 3 colour print on 60% linen 40% cotton. Being handmade there may be some print variations, making each garment unique.

Treat this handmade garment with love and it will love you back! Cold machine wash, drip dry in shade, warm iron. Avoid the tumble dryer and dry cleaner. 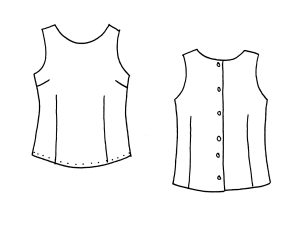